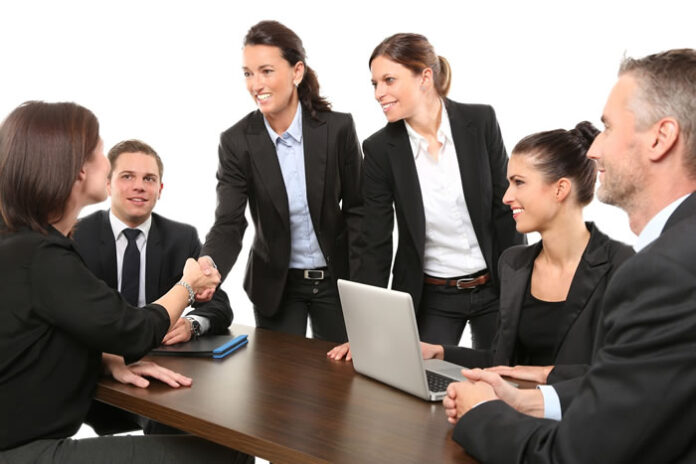 Diversity in the boardroom: it’s a critical factor in the growth, ingenuity and success of today’s businesses. But what is it? How exactly do women in authoritative positions add value to the bottom line? Gender diversity invokes a multitude of perspectives on how companies can solve problems more efficiently. It makes sense, then, that companies with more women on their boards are setting the tone for a much more inclusive workplace culture through all levels of the organization.

It used to be that this “boys’ club” mentality viewed women in the boardroom only as a way to appease and placate. This viewpoint is an archaic one that hasn’t just evolved over the decades because women have worked hard to prove their worth (although this is certainly true) — it has evolved to become the status quo because women in the boardroom get results. Quantifiable results. The numbers don’t lie.

These numbers all look good. And yet, not even 17 percent of women worldwide fill board seats and not even five percent fill CEO roles, suggesting that females still have a long road to walk to achieve parity with men in the boardroom. Women have been soaring to the top in established professions such as medicine, banking and law, taking top spots at GM and IBM. But there’s still a big gap when it comes to women on corporate boards. In fact, men hold about 80 percent of all board seats for companies in the S&P 500 stock index, according to Bloomberg. Even more concerning is that growth in female representation on such boards has slowed.

It seems females are in the driver’s seat when it comes to getting the job done. Studies have shown that companies that strive to incorporate a greater gender balance enjoy stronger corporate results. A report from MSCI revealed that having women on boards boosts corporate productivity. And a McKinsey report showed that organizations with the most gender-diverse teams at the executive level are 21 percent more likely to do better in regards to profitability.

Research from the International Monetary Fund (IMF) also shows a link between productivity and gender diversity, whereby women and men complement each other throughout the production process. The Peterson Institute for International Economics performed a study that says employing women at C-Suite levels significantly increases net margins.

A Culture of Diversity

This is all well and good. But a diverse workforce alone is not always enough to stimulate increases in productivity. Recent research shows gender diversity relates to more productive companies, as measured by market value and revenue, but only in firms where there was a company-wide cultural mindset that gender diversity was critical. In a nutshell, companies that are more diverse deliver better results.

Research has found that three women or more are required to create a “critical mass” of females, which leads to higher financial performance. Reaching such critical mass can actually change boardroom dynamics exponentially and can enhance the likelihood that women’s voices and ideas will be heard.” In fact, boards that are comprised of at least 30 percent women offer a positive environment for innovative ideas arising from gender diversity.

Deloitte points out that corporate boards looking to add females to their ranks may have to adjust their thinking in order to start reaping the benefits, forward-looking views and skillsets that gender diversity can bring to boardroom discussions. In addition, directors should carefully consider who they surround themselves with in the boardroom, along with what views and experiences women bring to the table to ensure issues are looked at from multiple angles.

In conclusion, a board composition that embraces diversity of thought and varying perspectives will make a vital difference in an organization’s understanding of not only the issues at stake but the effectiveness of those decisions.

What Do Boards Really Want From CEOs?