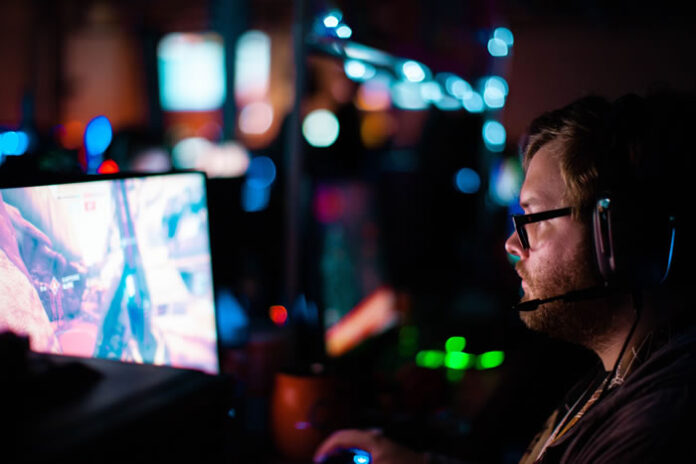 Traditional sports are getting a beating by eSports and the answer for why will surprise you. Before we get into that, let’s define what eSports means. Basically it describes the world of competitive, organized video gaming, whereby competitors from different leagues or teams all over the country and indeed the globe face off in all the games popular with at-home gamers, from Fortnite and League of Legends to Call of Duty and Madden NFL. Millions of fans all over the world tune in to watch these gamers, who treat eSports like it’s their day job (in fact, for many, it is their day job). That’s because it’s a pretty lucrative industry, pulling in billions of dollars a year (yes, that’s billion with a “b”).

A Look at the Numbers in Esports

Whether gamers and viewers attend live events, tune in on TV or online, or use streaming services like Twitch, it’s all happening in real time, a platform that allows the most popular gamers to build up their fandoms to fever-pitch levels. According to a recent report, 380 million people worldwide are estimated to watch eSports this year, including 165 million eSports enthusiasts (A.K.A., frequent viewers), with the bulk of them watching from North America, China and South Korea.    Tournaments and other events bring in viewing crowds rivaling most traditional professional sports outings, surpassing such events as the World Cup and the World Series. To illustrate this, the 2017 League of Legends World Championship brought in 80 million viewers, the most ever for a competition in the history of the industry. Consider that the current World Series is the lowest rated and least-watched World Series game since 2014, according to Sports Media Watch.  According to Statista, the global eSports market revenue was valued at nearly 865 million U.S. dollars in 2018, expected to reach 1.79 billion U.S. dollars by 2022. The majority of this revenue stems from sponsorship and advertisements, followed by betting, prize pools, merchandise, tournaments, and ticket sales.

A Look at the Why

So why is eSports smashing new records every day? Why is it overtaking the collective consciousness of kids and adults alike at such a break-neck speed? Why is it raking in money by the bucket? Perhaps one of the biggest reasons why eSports is so popular and is surpassing traditional sports is that it doesn’t discriminate. You can be virtually any age, from any background, from any athletic or academic level, from any region on the planet, and you can make out big time with eSports. Take a look at the 16-year-old from Pennsylvania who just won $3 million from Fortnite to become its first-ever solo world champion. Or check out the latest Wall Street Journal article that explores why the next generation of competitive gamers is over the age of 60. This is pretty interesting, considering the eSports industry has always been largely young and male.

A big shot in the arm for the eSports industry is how it’s attracting big celebrities to get in on the game, including basketball legend Michael Jordan (a traditional sports powerhouse dabbling in both realms!) and investors like Mark Cuban who also has a lot at stake in eSports-related entities. Even the New England Patriots’ owner Robert Kraft paid $20 million to buy the Boston-based team in Activision Blizzard’s Overwatch League.

Whitman reports the U.S. will have more viewers than every professional sports league except the NFL by 2021, projecting there will be 84 million viewers of eSports by then. This is higher than the 79 million MLB viewers or the 63 million NBA viewers for traditional TV sports. The only number eSports can’t touch — yet — is the viewership for the NFL’s Superbowl at 141 million viewers.

This elite group is about to get a lot bigger, with some estimates saying that by 2020, 70 million people will watch a single eSports final — higher than the viewership for U.S. professional soccer, baseball and hockey finals. Also by 2020, those same projections say consumers will watch three billion hours of eSports, accounting for 10 percent of all sports viewing.

eSports has evolved into a billion dollar industry in just about a decade, thanks to a massive world-wide appeal, billion-dollar revenues, and passionate fans. As the years go on, it will only tap into bigger and bigger advertising budgets, at national, regional, and global levels, than even traditional sports can hope to — cementing its rightful spot in the eSports gaming culture.

Esports is The Future of All Sports!