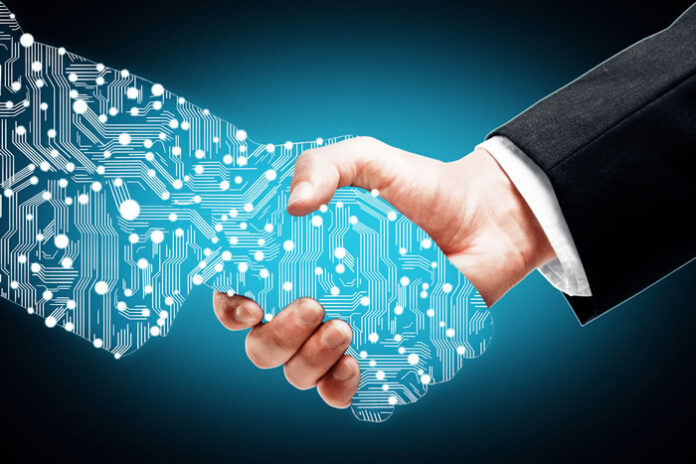 Does your company have a digital boss? What we mean by that is, do you have a leader on board who can easily leverage new technology advancements in order to grow your business? In today’s business climate, this “luxury” is no longer an option. In fact. Raconteur says that “data is the new oil.” They both generate substantial wealth and power global economies, but one crucial way in which they differ is their longevity. Oil is a finite fossil fuel, meaning it will come to an end at some point. Data, by contrast, is infinite. Just take this example: within the next couple of years, 40 zettabytes of new information will be created, translating to four million years of HD video.

So, then, it’s a no-brainer that CEOs must make significant investments in digital transformation. Indeed, it’s a strategic imperative for any business that wants to surge ahead rather than just limp along. Digital resources are taking on a new importance, making them serious contenders as asset classes that are well worth the investment. The big challenge, then, is to blend the strengths of the old with the opportunities of the new, requiring tech-savvy CIOs to dive into and own the data themselves to interpret, analyze and align.

A Climate of Exponential Digital Growth

Think the Industrial Revolution was a frenzied pace of advancements and breakthroughs? Well, it was — then. But it pales in comparison to the exponential pace of digital transformation now. The next decade alone will bring furious growth into many sectors, from 3D printing and neuroscience to digital telepresence and cryptocurrency, points out New Scientist. Therefore, it’s not really a choice to embrace technology enablement; rather, it’s mission-critical to the survival of every company. CIOs and CEOs don’t necessarily have to be tech experts themselves; however, they must have a clear appreciation of how technological advancements will redefine their business models, operational processes and customer experience engagement, says CIO.

How Industries are Evolving

From retail and banking to media and healthcare, new technologies are injecting themselves into all sectors — in many cases, pushing out traditional companies through the leveraging of digital advancements. There is no more room for ignorance. Just look at the Blockbusters and Borders of the world that failed to migrate into new territory as smoothly as icons like Netflix, Amazon, Google, Airbnb and Zappos.

So, what are these relatively new entrants into traditional industries doing right? They have been able to build market share fast by:

Social media…data analytics…the internet of things and gamification: the technology spurring on these areas can no longer be ignored by large companies and how they approach data, security and new business models. The truth is, companies don’t fail because they don’t want to advance right alongside technology. They fail because they don’t understand the technology. Surveys have shown that boards believe technology is imperative to the survival of a business, yet a deficiency in properly skilled executives at the CEO level was seriously lacking to leverage technology advancements for business growth.

In fact, surveys, such as the Watermark Board Diversity Survey 2015 revealed that while almost 55 percent of board-level executives had accounting and legal backgrounds, just three percent had technology experience.

As such, executives at the board level should be seeking growth through embracing technology advancements by:

Agility and fast action is one of the cornerstones of success. Many people assume the magic comes from the data itself; however, so many companies fall victim to what’s called “analysis paralysis,” where they are aware of the technology but get stuck in a loop of analyzing the data. As a result, they become stagnant — the death knell of a company that has missed the bus on enterprise agility. Striking quickly is the key to digital transformation investment that works.

Be “Digitally Ready” for Digital Transformation

Your 2021 Digital Cleanse: Does Your Tech Stack Up?