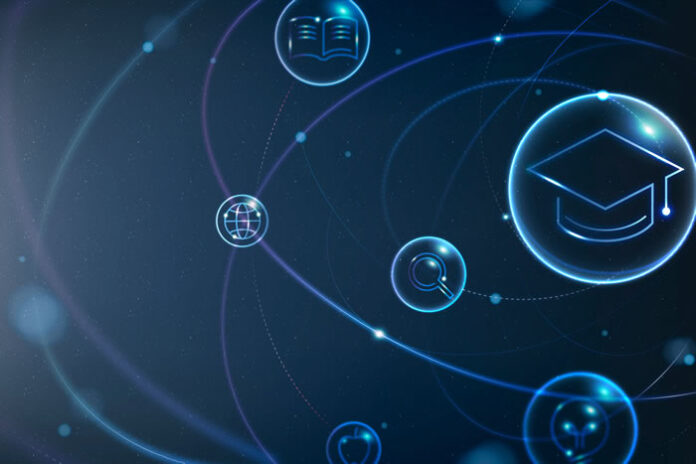 Many companies have the opportunity in the new world of work to tap into tremendous potential savings by moving to a global remote workforce- but there’s a major way to get it wrong and lose everything. New tools are emerging to make the leap less risky for operators and investors in education verification.

A Classic Case of Education Fabrication

When the board of directors at Yahoo approved the hiring of Scott Thompson as the company’s new chief executive in 2012, they thought they had acquired a forthright guy–according to one anonymous board member quoted in The New York Times story about the undoing of their CEO.

Thompson had been in his role for only five months when shareholder Dan Loeb, CEO of investment firm Third Point, sent a letter to the board questioning an educational credential on Thompson’s resume. Yahoo had already reported in an SEC filing that was based on Thompson’s resume that he held a Bachelor’s degree in accounting and computer science from Stonehill College in Massachusetts–there was only one problem: Stonehill didn’t offer Computer Science as a major when Thompson was a student there.

An ensuing investigation by the board, internal anger and confusion on the part of Yahoo employees, and the threat of lawsuits from shareholders sent the global technology company, that was already scrambling to compete for market share with Google, in a month’s long spiral. Yahoo stock dropped 3.4% as soon as the news of Thompson’s departure went public. Thompson never explained why he lied on his resume–but records show he had claimed to have a Computer Science degree years earlier as President of PayPal.

And while Thompson’s example makes a great case study, he is hardly unique. Before him, MIT’s Dean of Admissions was forced to resign in 2006 when it came to light that she had fabricated three false degrees.

Hiring scandals like these that made national news (and there have been many more) should have rocked more boats—sent board members at corporations scrambling to find how they could swiftly check if their emperors, in fact, had no clothes. It did not. Thus the need for education verification.

With the rise of social media use and all of the data sharing that goes along with it, one might think that a job candidate’s ability to get hired based on false credentials would be diminished. Sadly, sites like LinkedIn seem to have an abundance of users lying about their degrees or employment history. A LendEDU poll in 2020 discovered that 34% of respondents admitted to lying on their LinkedIn profiles. And those were just the “honest” liars. The actual number is probably much higher. This is concerning since LinkedIn has become a hub for corporate hiring practice. A recruiter nation survey in 2020 found that 48% of large companies (500+ employees) expected to increase investment in recruiting activities on LinkedIn.

The fact that many job seekers on LinkedIn may have education and employment inaccuracies while recruiters and employers are ramping up use of the site to find and vet candidates is alarming.

The True Cost of Deception

Bad hires are very bad for business. Replacing someone who turns out to not be qualified for the position they were hired for can cost companies more than 50k or between 30-100% of that person’s salary.

With significant revenue at stake, businesses should be able to convince investors that job candidates are properly vetted beyond just having a good “feeling” about someone, especially for C-suite positions.

A major roadblock to verification is that widely-used background check systems take a long time to complete, are vulnerable to human error, depend on invasions of privacy for accuracy, and still end up with incorrect results that can be causes for litigation.

If job seekers can’t be expected to be truthful and standard background checks fail to catch everything–hiring managers and HR professionals find themselves in an untenable position.

It’s a shame job candidates can’t just be honest about their qualifications. Why are so many candidates lying on their resumes and LinkedIn profiles? Because experience and education directly affect how much someone can earn. According to the U.S. Bureau of Labor Statistics (BLS) a person with a master’s degree faces lower unemployment rates while pocketing an average of $240 more per week (more than 12k annually) than someone with only a Bachelor’s. In a competitive job market, people will compromise their ethics for a bigger payday. Even Plato understood that “Honesty is for the most part less profitable than dishonesty.”

Fortunately, available technology is being leveraged to save people from themselves and help protect businesses from making costly hiring mistakes.

It is possible now for any employer to verify someone’s education in less than thirty seconds by connecting directly to an accredited institution’s database. As Fortune 500 companies hire more remote workers from across the globe, this technology will become a necessity.

Background checks that use API-integration methods are also safer for the job candidate’s privacy because, unlike older analog background checks, user data is not stored. LinkedIn users may soon be able to display verification confirmations like badges on their profiles for recruiters and employers to notice—before an interview is scheduled. Every company could benefit from faster, affordable, more accurate education verification methods. As the hiring scandals that make the news show, employee verification has failed companies before and will continue to fail them if the entire system of vetting isn’t overhauled and improved.

Restrictions May Be Ending but the Virtual Events Era is Far...