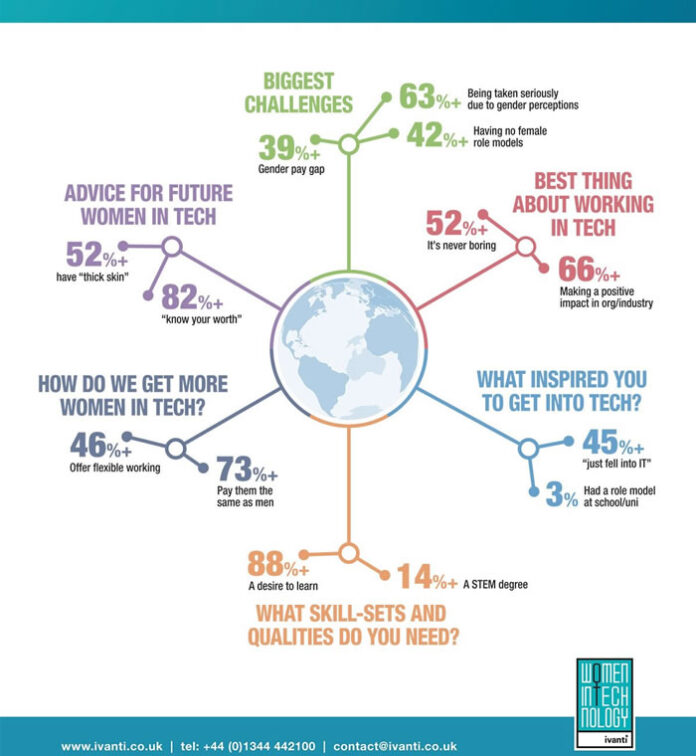 Digital Transformation represents a paradigm shift that is revolutionizing almost every field. We have to be aware and prepared for these forthcoming changes in order to innovatively manage operations and gain benefits.

Over the past few years, we’ve seen the advancement of Emerging Technologies such as Artificial Intelligence (AI), Internet of Things (IoT), Blockchain and so on. These big shifts and innovations in tech field are driving the digital workforce transformation. Several forces are changing the nature of work, such as the demand for digital skills and the emergence of new work models. It should be emphasized that, despite what many people can think, technology is going to act as an integrator and not as a replacement for skills needed: although machines will gradually become more powerful, humans will actually be even more essential.

About that, it’s important to analyze how women are involved in building the future of work. In fact, while the world of work is changing rapidly, advancements in workplace gender equality have progressed at a glacial pace. Women In Tech continue to be underrepresented and the World Economic Forum suggests that it will take 200 years to achieve workplace gender equality. It’s unfortunately true that tech is still a male-dominated world, since realities like the gender wage gap and the gender leadership gap lead to a lot of implicit bias.

The image here shows the results of a survey by Ivanti over 500 women working in technology across the globe.

As you’ll notice, being a woman in tech implies many successes. Some of the best things are: making a positive impact in organization/industry and doing a job that is never boring. But, as with any good thing, there are also many challenges involved. Among the biggest challenges emerged from the survey: being taken seriously due to gender perceptions (63% of WIT), having no female role models and gender pay gap.

Based on this analysis, here’s the question I’d like to focus on: do you think it’s coherent to talk about digital transformation and future revolution when there are still these deep cracks in social inclusion? I don’t think so. The answer to digital disruption and true innovation lies in our ability to apply humanity to the new changes that arise. Thus, humanity cannot ignore the achievement of gender equality in order to create a better world where we can combine skills to thrive together.

* Originally written for Medium.com on January 29th, 2020. This piece has been reposted with explicit permission from the author and platform. *