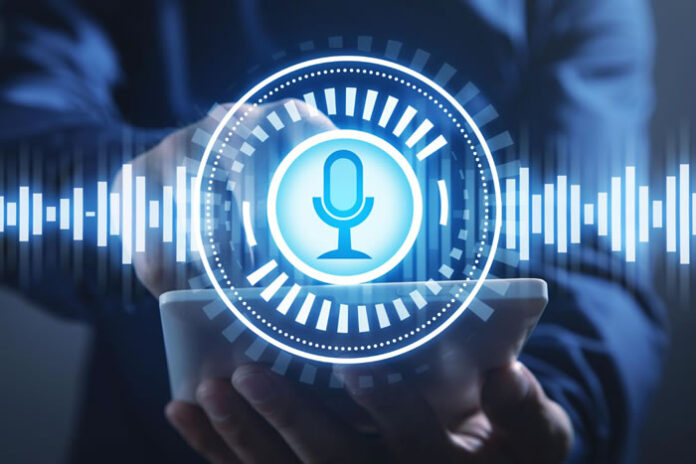 “I have a voicemail message of a woman who helped watch over my kids when they were growing up – like a guardian angel. You know, the kind of person who becomes a member of the family. She was the one who would sort of spy on my nannies and stuff. And she passed a few years ago. I can’t and I will never erase that voicemail.” ~ Rupal Patel

The voice was the inspiration

Rupal’s heartfelt quote about her house cleaner was ironic. Rupal Patel is the founder of VocaliD, the voice AI company that creates custom synthetic voice personalities so that brands and individuals can be heard as themselves.

While Rupal helps the voiceless find their voice, she had not quite captured enough of this beloved woman’s voice to recreate it in a meaningful way.

What I learned from Rupal is that we will all lose our voice – either while living or in death. And some of us are born voiceless. I also learned from her that voices in our lives that we take for granted are really here for a fleeting moment.

We all have a parent or grandparent whose voice we hear in our head, but we do not hear them with our ears. We all have mentors, whether they be bosses, teachers, or parents, whose voices ring in our heads. These are the voices of our lives.

Recreating the voice with technology

Now that we are well into the second decade of the 21st century, we have the technology to recapture voices that matter to each of us, our families, our communities, and the world.

The time has come where we can record and replicate the voices that matter to us. But we each have our own limited window to do it.

While synthetic voices are becoming commonplace in commercial use, this post is about personal use.

And personal use is where Rupal and her team first identified that we each have a unique voice identity. Any person’s created voice should fit a human perfectly like a prosthetic limb. Rupal highlighted this in her Ted Talk from 2014.

Rupal coined, “vocal DNA,” to refer to one’s unique voice identity. Her breakthrough work led to a feature story on her in the May 2016 Southwest Magazine (see pages 62-23).

That article connected Rupal and her team to people in immediate need. As she said to me, “A man diagnosed with throat cancer learned about the article and contacted us. He was having surgery like 20 hours later. We recorded his voice in those 20 hours, and we were able to help him.”

Rupal recited other harrowing stories where the VocaliD team was able to preserve a voice. She said, “Oftentimes, there’s a very short time span between when they learn they have a severe condition, and their voice is permanently changed. They go and record their voice, so that we can recreate it for them.”

While our “voice time” is likely longer than those with an acute disease, it is nonetheless limited.

So, capture the voices that matter while you can. And understand that a captured voice is often more visual than video. With a voice, you can close your eyes, hear that person, and relive that moment. It’s recreating the full aura of that individual.

Business cultures are built on stories as told over the years. We recreate these stories but often can’t in the person’s voice and inflection. Can we hear the clear, authentic voice of Thomas Edison, who invented sound recording? We can’t.

Yet, today we’ve reached a point where we can pass down the stories as told by the original storyteller in their voice. We can hear it as told by parents, grandparents, mentors, and business founders. We can preserve it and save it for generations.

Voice capture is easy and now

In thinking about how easy it is to capture and recreate a voice, there is an actual application right now for the living. While we all lose our voice temporarily with a cold or laryngitis, sadly, people lose their voice permanently. Permanent voice loss can be due to, but not limited to, injury, stroke, tumors, infections, or neurological conditions.

This is actually where Rupal began her journey to help people capture their voice. It was for the living who are voiceless. Through VocaliD, dozens of people have been given their voice and unique vocal identity (BeSpoke) to continue their conversation in life.

As VocaliD’s website notes: “Millions of people rely on synthetic speech to communicate every day. Yet, they’re given a limited set of generic, robotic-sounding voices. Voices that don’t fit their body or personality.

VocaliD’s BeSpoke voices are a unique blend of your “vocal DNA” and recordings of a matched speaker from our Human Voicebank so you can speak in a voice that fits.”

So, I learned to capture a voice that matters before it is lost.

To learn about “capturing the voices that matter to you,” go to https://vocalid.ai/voicebank/

How to DIY With Next-level Smart Home Automation

Human Behavior and the Future of Indoor Dining Together