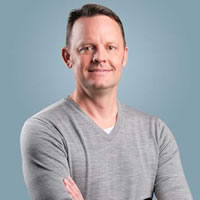 Neal Hansch is the CEO and Managing Partner of Silicon Foundry, where he leverages over 25 years of venture capital, product management, technology operations, corporate development, and trusted advisory experience to lead the firm.

Prior to joining Silicon Foundry, Neal was Managing Director of the emerging markets technology training, investment, and incubation program at the Meltwater Entrepreneurial School of Technology (MEST), where he managed a global team of 150+ professionals, over twenty startup investments, and partnerships with Google, Samsung, and Vodafone.

Neal previously served as a General Partner at Rustic Canyon Partners (RCP), an early-stage focused VC fund with $500MM under management. He also worked in the Corporate Development group at Macromedia (Nasdaq: MACR, acq. by ADBE), where he was responsible for global M&A transactions and strategic equity investments. In this role, he traveled extensively throughout Asia and learned firsthand the challenges and impact of building relationships and executing cross-border transactions.

Neal’s first exposure to venture capital was as an Associate at Technology Crossover Ventures, after which he learned the ins and outs of a fast growth software company as a product marketing director at webMethods (Nsasdaq: WEBM, acq. by Software AG). Neal first moved to the Bay Area and began his career as an investment banking analyst at Robertson Stephens & Co. during the original internet boom (and bust!).

Originally hailing from the beaches of Southern California, he earned his BA from Duke University, studied at University College London, and received an MBA from the UCLA Anderson School of Management. He lives in San Francisco with his wife and two children and when not at home, at Foundry’s downtown office, or on the road around the world visiting with our Members, he can be found driving his kids between sports practices or at one of the local surf breaks trying to catch a few waves.