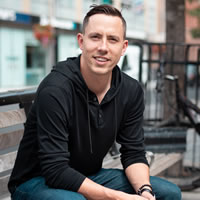 Matt Spoke is the Founder and CEO of Moves, a social finance product for independent ‘gig’ workers across the U.S.

Matt founded the company on a belief that the gig economy isn’t working for its workers and by building a product that solves their systemic financial challenges, millions of independent gig workers can come together to improve and own the future of the gig economy.

Founded in August 2020, Moves has rapidly grown to become one of the leading financial products for gig workers in the U.S with members across all 50 states with over 15 supported gig platforms. As CEO of Moves, Matt spearheads the mission of the company and inspires a team of 35 world-class designers, engineers, product managers and growth marketers to build a better gig economy for its workers.