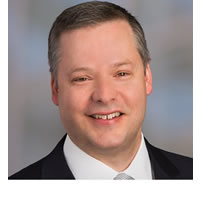 John Lacy is the Vice President of People for Walmart Health & Wellness.  John was recruited to Walmart based upon his extensive experience in large integrated healthcare enterprises.   Most recently John served as the Executive Vice President and Chief Human Resources Officer for Baylor Scott & White Health, overseeing all human resource functions for the largest not-for-profit health system in Texas.

Prior to joining Baylor Scott & White, John led the HR function as Vice President of Human Resources for Baptist Memorial Health Care in Memphis, TN. While there, he spent 15 years in progressive leadership roles and developed the strategy and integration efforts to move the company to an HR shared services organization supporting hospitals and clinics in a tri-state region of the mid-south.

Mr. Lacy is a career HR professional, beginning as Employee Manager and then Assistant Director of Human Resources at the historic Peabody Hotel in Memphis, TN before starting his health care career.