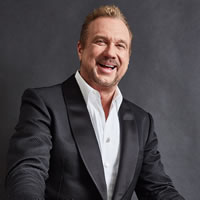 BigMike Straumietis is the founder and CEO of Advanced Nutrients. If you grow or consume cannabis, you’ve benefited from something BigMike has done. Since 1983, BigMike, has worked tirelessly to bring cannabis to its true genetic potential. And in the past four decades, he’s overseen the cultivation of more than a million plants and brought 53 firsts to the world of cannabis growing.

In 1999, Advanced Nutrients created the world’s first and only complete cannabis growing system that Hits the Shift and optimizes all phases of the vegetative and bloom cycles to bring cannabis to its true genetic potential.

BigMike spearheaded the movement toward legal cannabis research during the dark ages of prohibition. He became one of the first three entities in the world to own a government-issued license to cultivate and test cannabis. With his team of top Ph.D. scientists, BigMike revolutionized the science of cannabis cultivation — from seed to senescence.

BigMike is driven by his mission of “Making cannabis an acceptable and everyday part of healing humanity.” He’s a big believer in the spirit of philanthropy through charitable efforts and donations. Advanced Nutrients has donated millions of dollars to the cannabis community and people in need around the world. BigMike is also the founder of the non-profit Humanity Heroes, which provides life-giving essentials to tens of thousands of unsheltered people.

And, be sure to look out for BigMike’s autobiography, Marijuana Don coming soon.