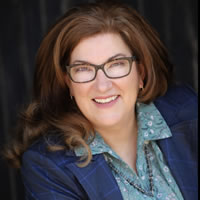 Kreps has 17 years of business leadership experience as CEO, Director, Partner, and Vice President, including multinational environments while serving as the first female Vice President within a global division of a Japanese corporation, Sekisui. During her career she has built a reputation for leading teams who generate record-breaking results, as well as for her innovative strategic thinking, and a deep commitment to delivering value to the teams and clients she serves.

Kreps began setting records early in her career as a sales market leader for Fortune 300 giant ADP, serving major account clients in the Kansas City region. Her first significant leadership role was in 2004, chosen as the first President and CEO of Kansas’ bioscience industry organization, BioKansas, where she interfaced with public policy makers and business executives from bioscience companies like Cardinal Health, ICON (then PRA), IQVIA (then Quintiles), Bayer, Hill’s Pet Nutrition, among hundreds of others.

In 2008 the President of the Kansas Senate appointed Kreps to serve on a public board to oversee the State’s $250M bioscience initiative which led to a 58% increase in research and development and thousands of new jobs for the state. Later that year Kreps was named as one of Kansas City’s 50 Most Influential Women by Ingram’s Magazine for business acumen and public policy achievements.

In 2015 she left BioKansas and formed a consulting practice, where she was eventually hired full time and named as Vice President of Commercial Operations at Sekisui XenoTech, a wholly owned subsidiary of Sekisui Worldwide. In her role as Vice President, she grew and led teams in two global divisions who broke company sales records. While at Sekisui Kreps’ team implemented a new product offering that generated record-breaking net revenue for the company, reaching a new milestone for profitability.

In 2017 the CEO of Sekisui XenoTech asked her to assist with a significant leadership transition as the company was experiencing spiraling turnover and gaps in executive leadership. She assisted the CEO by sourcing consultants in finance, operations, and sales which led to a successful transition to a new leadership team and a correction in turnover.

Currently Kreps serves on the Executive Board of her local homeowners’ association and has served as a director for public boards and nonprofit organizations. Kreps holds a Bachelor of Science degree in Journalism and Mass Communications from Kansas State University. She lives in Overland Park, Kansas, a suburb of Kansas City, where she enjoys golf with her husband, Jim. Kreps was recently a guest on the “In A World” podcast.