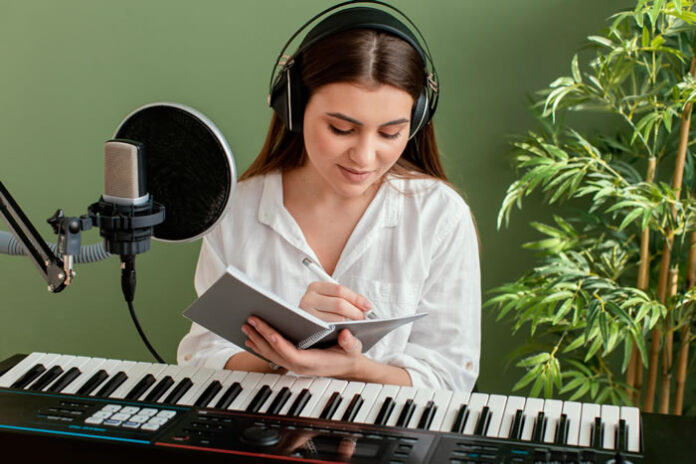 Even before the pandemic, renewed attention to mental health and wellness has been a priority across businesses and consumers alike. With a growing list of resources like online therapy, meditation apps and virtual yoga gatherings, there’s one thing we don’t see come up enough – the power of music on mental health.

Music is one of the best forms of achieving mental wellness, and one of the most fulfilling and beneficial ways of using the power of music to one’s benefit is through learning to play a musical instrument. Learning to play can help better your mood, reduce anxiety and stress, increase memory function, and improve cognitive performance. In fact, a study by Spotify revealed that for 89% of adults, playing a musical instrument positively impacted their mental health, particularly increasing feelings of relaxation and happiness.

Playing a musical instrument requires concentration, creating an organic escape from negative thoughts and stress, and given its immersive qualities, it increases the brain’s production of dopamine and lowers cortisol, or the stress hormone, and can aide in fighting off symptoms of depression.

Learning a musical instrument allows both sides of the brain to be exercised simultaneously. Working both the right side, which controls one’s creativity, and the left, which controls logic, strengthens memory retention, making it an effective activity for those suffering from Alzheimer’s or dementia. In fact, those who choose to play the piano have a decreased risk of developing dementia by playing different notes with each hand at the same time, simply by the power of music. Another study has found that for people who started to play the piano between the ages of 65 and 80, after six months, showed more robust gains in memory, verbal fluency, the speed at which they processed information, planning ability and other cognitive functions compared to those who had not received piano lessons.

It’s understandable that choosing to play a musical instrument can seem like a daunting task. Many people fear the learning curve or feel they don’t know the first thing about the power of music. But it’s much easier than it looks. Today, there are a multitude of avenues one can take to learn a new skill including private or group lessons, virtual lessons or self-teaching. What’s more, technology has become advanced in so many ways especially when it comes to learning to play a musical instrument. Our digital culture has opened many doors to learning through online modules, remote learning and even YouTube tutorials. But, the most important thing is that you don’t give up if you haven’t quite found the right avenue for you.

While exploring different roadways to learning a musical instrument, it’s important to understand that traditional methods may not always be the best option for one’s learning style. One of the largest barriers to entry is traditional sheet music. When seeing it for the first time, it can look like a foreign language to most and prompt people to turn away entirely from learning to play. But through various technology and untraditional methodologies, aspiring musicians can find what works best for them.

A specific piano student of mine has neuromuscular disabilities that greatly impact her motor functions and coordination, and her vision and speech. It was clear that learning with traditional sheet music couldn’t be an option, and she previously tried traditional private and classroom piano lessons but both proved unsuccessful for her abilities. Through untraditional methodology and piano-learning technology, my student has been able to excel at playing the piano. Instead of sticking to tradition, I created an entirely new way to learn to play the piano which focuses on my student’s strengths rather than her weaknesses. In turn, playing the piano has given her a great sense of accomplishment and independence.

The power of music

That’s just one example of the many benefits of playing a musical instrument and the need for new and innovative ways to learn. The benefits of playing the piano, or any instrument, far outweigh the process of learning – and that can be simple. There’s no “one-size-fits-all” approach to learning to play a musical instrument and it’s important to give different methods a chance in order to be successful. Thus the importance of the power of music. Your mental – and even physical – health will thank you for it.

How InvoZone is Helping the World