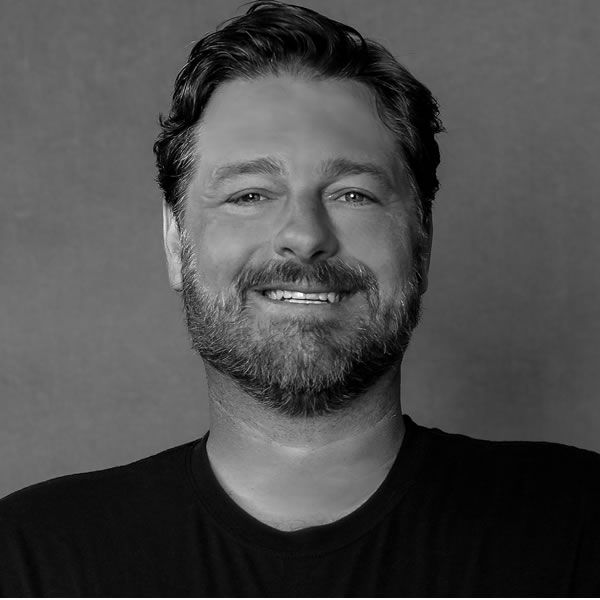 Robert Bell is the Founder and CEO of 2B3D.

The goal of 2B3D Inc. is to push the bounds of virtual, augmented and mixed-reality technologies as a way to help military veterans suffering from post-traumatic stress disorder. Robert Bell’s mission to bring peace and healing to veterans is fueled by play-to-earn games, utility NFTs, and exclusive in-game cryptocurrency within a wider decentralized metaverse.

Robert, can you start off by telling us about yourself and why you chose entrepreneurship? 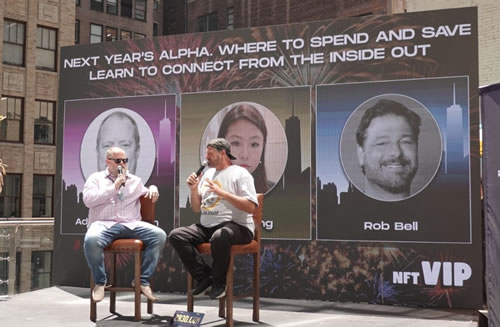 I grew up in Newport Beach, California loving surfing and other board sports. My mom, Robin Dodson, is a two-time nine-ball billiards world champion in the Billiards Hall of Fame. Through a connection of hers I found an opportunity to live on Margarita Island, which is a small island off the coast of Venezuela. That’s where I started surfing every day.

After a year and a half, I found out I was going to be a father, which freaked me out a bit because I had been living in an island dream state. Just like that, I’m back in the states. Wanting to be a good provider and knowing I was good at selling, I jumped into car sales for the next five years. More often than not, I would make salesman of the month.

I was offered an opportunity in medical systems and sales as an account executive next so I dug in and went to work. I drew on my previous experience to make changes at the new job and became the lead salesman there as well.

My wife and I decided to start our own business, Bell Medical Solutions, and my days as an entrepreneur began. We’ve run this business through bad times and amazing times, too. And it continues to grow as we bob and weave to stay one of the most relevant services in our sector.

Can you tell us what drives you to be successful as an entrepreneur?

I love to be my own boss. Even though that means working harder than I ever had. It’s not for everyone. Many times I’ve woken up and asked myself if I can take the day off and the answer is almost always “no.” I have employees and they have families, so it’s no longer just about me. We’ve hit rough times, but my employees and payroll always come before my personal needs. Put other people’s needs before yours and most of the time it just seems to work out. Because of that, I have very low turnover. Most of the team are like family now. Same with 2B3D — this team has been working for free for over two years because we know this will impact thousands and save lives. That’s the driving force. That’s what I’m thinking about from the time I wake up until I go to bed every night. 2B3D is not an “if” but a “when.” And the veterans who take their lives everyday make me want the “when” to be as soon as possible.

Tell us about your role and your vision of your platform in the next 5-years.

Five years is a long time. My plan is to start therapy in VR early next year and then open up the crisis rooms sometime next year. These crisis rooms were created in direct response to studies that have shown if we can reach a person within five minutes of their decision to take their own life then we have a 90 percent chance of saving that life. If someone is so depressed, they can’t leave their own home to ask for help or if they’re staring at a gun, we can have them change their environment instantly. They can be in the 2B3D environment with other veterans that have been in the same situation.

At the same time, we’re also a web3 tech gaming company. Our metaverse and games are being worked on simultaneously. In five years, I expect 2B3D to be the place to go if you want to escape the real world. We are building out business platforms and gamifying everything. Healing is hard work. Therapy is hard work. If we can incentivize that work by also making it fun, we can facilitate healing.

What’s the one or two accomplishments that you’re proud of? 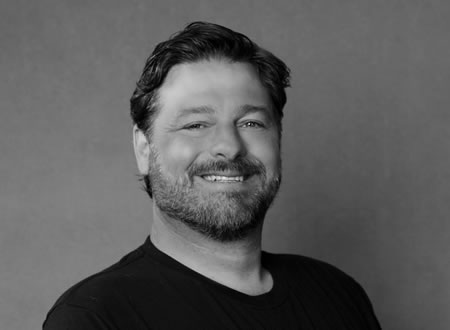 We recently won a competition in the MetaBillionaire NFT community with a 50k funding award. This was special because it was voted on by the actual holders, and we were up against several incredible projects. It’s not about the size of the figure in this case- it’s about why we were recognized.

Another amazing accomplishment is more my son’s success, but I spent so much time training him that I’ll split the victory. Hudson became the youngest member in his age bracket on the Newport Beach Boardriders Club surf team. This is the group that competes against other cities for board-riding bragging rights. His first competition was last weekend, and the team took second place over some really strong surf cities. These are the best of the best from each city, and it was amazing to see.

What advice do you have for other up-and-coming entrepreneurs and leaders?

CANI stands for “Constant And Never-ending Improvement.” Stay involved in the communities your product or service is in. Always try to be better, more creative, and work harder than the next guy. When things get hard, work harder if you really want it. If you don’t believe in it, rethink it.

What is the major difference between being an entrepreneur and social influencer versus doing the corporate thing? Any comparison?

I have been in both arenas and can say that for me, there is no comparison to taking an idea and building your own business. 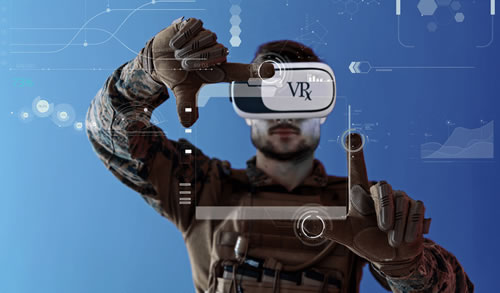 You are doing amazing work in helping veterans with PTSD, but also leveraging some emerging tech while doing so. What is the most promising aspect of your platform?

Most promising would be our platform’s ability to change a person’s state of mind in seconds using VR so realistic as to make the difference negligible. Someone could be lost, in a hole with no way out, without the local resources needed to even find help. Our crisis rooms can be that first step to getting help not within weeks, days or even hours, but within seconds and without even leaving home. Just entering our crisis space is an act of hope.

We are also using our VR tech to duplicate proven PTSD therapies. We’ll be able to get them out to thousands of people preloaded in our VR headsets.

Who was your biggest influencer?

I started my sales career during the height of Tony Robbins‘ popularity. I went to several conventions, read his books, and still use his acronym CANI or “Constant And Never-ending Improvement.” It’s been at least 20 years since those days, but CANI stuck.

What is the most challenging part of your work as a CEO?

Time management, for sure. It’s very important to be able to prioritize tasks, keep all the wheels moving, but also remembering to take my work hat off when I’m with the family. That’s super important, and it’s not always easy to do. 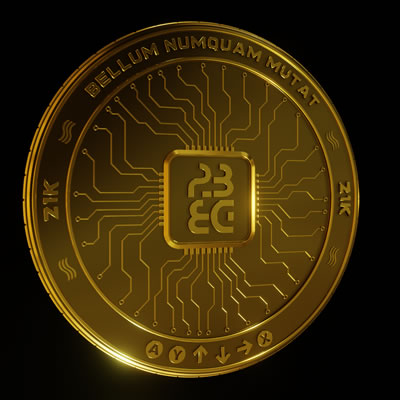 You have your sights set on many things and certainly doing great at them all. Can you talk to us about your latest project and NFT drop?

Our long awaited NFT drop will be this Veterans Day 11/11/22. This is a two part project:

This project hits close to home for us. It’s not just a business model. Most of the team has been working for over two years for free because they believe in the difference we will make. That commitment is why I say 2B3D is a “when,” not an “if.”

2. We will also have a Supporter’s Badge NFT, which will not be limited to 2,880. This will be the way a person who just wants to help the project can do so – for every six $10-$15 NFTs purchased, they will receive a 2B3D T-shirt. We know many readers will be new to the NFT/crypto space, so we’ve made it easier by allowing credit card purchases instead of requiring crypto currency, which has been a standard industry practice when buying NFTs.

Routines may vary, but I wake up every day and get straight to it. Along with 2B3D, I run Bell Medical Solutions with my wife. We started back in 2008 and have grown to cover all of California as well as parts of Arizona, Nevada, and Florida. Between the two businesses, I live on Zoom meetings most days.

Do you have any hobbies?

Board sports. I love surfing, skating, wakeboarding, and snowboarding. However, I seem to be living vicariously through my 12-year-old son these days. He competes in surfing and just made the Newport Beach Board riders surf team as the youngest member in his age bracket. Last weekend, they placed second over Dana Point and Laguna!

What makes you smile?

My biggest smiles come from when my daughter and son do something that makes themselves feel accomplished. I am a very proud daddy :).

What are you never without?

My phone. I wish I could say otherwise, but like everyone else these days, I’m lost without it.

Anything bad involving my children. Amazing how that instinct changes you.

What is your favorite vacations spot?

Bali, for sure. Too bad it’s so far. My wife and I recently bought our new favorite spot. It’s on the beach an hour from Cabo San Lucas right in front of an amazing surf break. I spent a summer there when I was 18 and always wanted to get that feeling back.