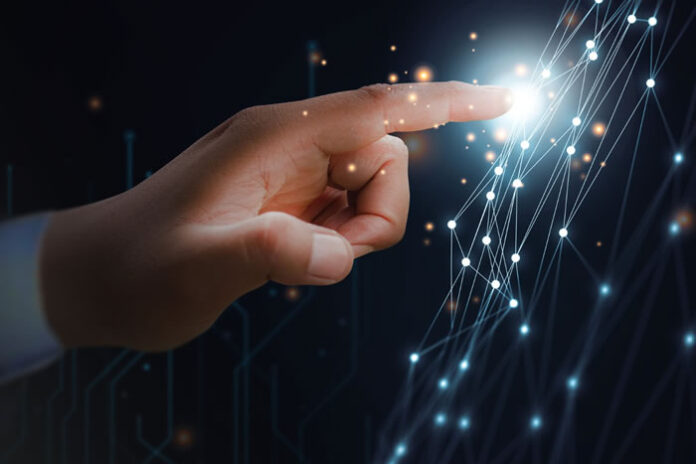 The goal of a factory is to be efficient while maintaining a high degree of product quality. The best way to do this is to be consistent in operations and practices. Digital transformation technology is a valuable tool because it allows the transfer of know-how and practices even when experienced people retire and because it reduces the barrier to proficiency for a new worker starting on the factory floor.

Factories digitize not to make humans obsolete, but to complete the tasks humans are too busy to do and, more importantly, to make the many tasks humans still have to do easier to learn. This saves time and money. The use of digital technologies has the ability to change business models for the better.

Most common forms of digitalization

Siri? Alexa? Can you help me find forms of digitalization in my area? The most common form of digitalization in factories is human assist digitalization. This refers to tech that works as an assistant for a person’s work. Siri and Alexa are more consumer-facing examples of this; within factories, analogies include digital work instructions or video examples of assembly or field service. These technologies help companies communicate, organize tasks, and efficiently get work done.

Another example is digital twin technology which shows a digital representation of something that happens physically. This can be helpful when factories need to see how something can be built or fixed. Augmented Reality (AR) technology is especially a very helpful digital twin tool that is useful for training and field service.

Tech can use machine learning to input data and output solutions. Data is a very helpful tool that is cheap and easy to collect. What isn’t as easy, however, is knowing what information should be collected, and to whom the results should be sent. Providing real-time data to people on the production floor is difficult but necessary. With the use of digital technology, data can be collected, understood, and communicated to others. Examples of this include collecting shop floor and manufacturing data. Data collection techniques include the integration of tools such as IoT (Internet of Things) sensors, PLCs (Programmable Logic Controller), Line HMI (Human Machine Interface) systems, and SCADA (Supervisory Control and Data Acquisition) systems.

What to expect with digitalization

By failing to complete digital transformation initiatives, companies could lose $7 million in profits. Factories can expect digitalization to help with productivity and labor costs. High-quality products and efficiency are byproducts of factory digitalization.

Real-time notifications are essential for productivity, as well as saving time and material labor costs. This means the average worker can be brought up to speed quicker, making it easier to shuffle people around when needed. And from a worker’s perspective, it means they can quickly learn and acquire the skills needed for the job.

In regard to factories that have yet to digitize and are nervous to take the leap, I want them to know that there is no need to worry that digitalization will eliminate jobs for people. There will always be a need for humans and their intuition in the manufacturing process. Where automation is possible, it has already been done; now is the time to automate activities that humans don’t need to do, which saves time and money.

Automation can and always has done the work humans don’t want to. A historical example of this is scribes becoming obsolete once printers were invented. Manufacturing is not a monolith, and there still needs to be a human controlling the decision-making processes.

Human intuition is never going to become obsolete in manufacturing. Factories digitize to automate activities that humans don’t need to do in a way that saves time and money.

How to Create Better Experiences and Move Your Business Forward Faster

Digital CEOs and Augmented Teams are Amazing for Digital Transformation

Stone Soup is the Recipe for Innovation