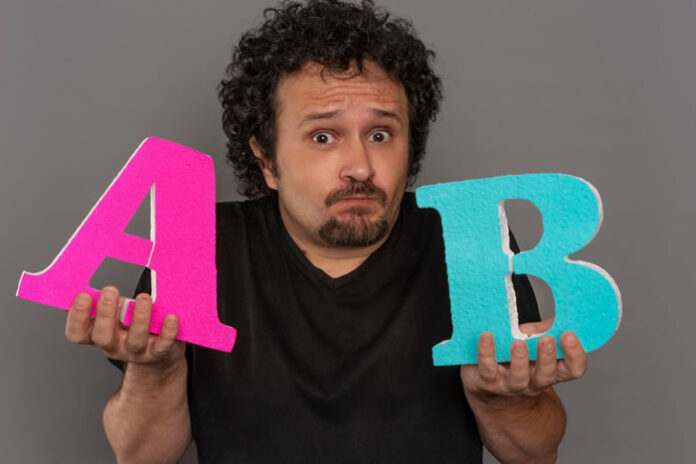 As with many types of businesses, the most successful mobile app developers and owners are those who always look for opportunities for improvement, just like in many other types of enterprises. Additionally, they also understand how critical it is to test any suggested changes with users in order to gather input that can be used to enhance and develop their product using A/B testing.

With this in mind, A/B testing should be at the top of the strategy pile, in the development and improvement of any app – but how exactly can this be done? Here we’ve pulled together a comprehensive overview and guide to A/B testing. Read on for more.

What is A/B Testing?

A/B testing is a user experience research methodology that, at its most basic level, is conducting a randomized experiment with two variables, A and B. In the context of creating mobile apps, it alludes to a random process in which several groups of app users are simultaneously presented two or more iterations of a new feature or design. Instagram serves as a prime illustration of this, routinely introducing new features to a small group of users – usually resulting in some sort of panic about new changes. For apps without millions of users, A/B testing usually comes with less fanfare.

This method of testing identifies the version that will benefit users the most while also influencing business KPIs. In other words, it takes away the guesswork involved in optimizing mobile apps and enables creators and owners to make better data-driven decisions

So, How Does it Work?

Typically, an A/B test starts with the formation of a hypothesis. For example, a red ‘Add to Cart’ button will get more clicks than a green ‘Add to Cart’ button. Once this hypothesis has been decided, developers get to work before randomly distributing this new version to a fixed number of app users. The remaining users will continue using the original version of the app. The first group, those who have received the new variation, are referred to as a variation group, while the latter is referred to as the control group.

Ideally, users should be unaware of the fact that they are part of a test group. User feedback in this particular scenario is gleaned through comparing data from both groups. By the end of the test, the variant which has performed best should be rolled out as the new standard.

Reasons to do A/B Testing

If the above scenario isn’t a convincing enough case for A/B testing, there are many additional reasons to do so. These include:

User Segmentation to Deliver Targeted, Personalized Experiences: A/B testing allows developers to segment and categorize users so they can be targeted in the most effective way. This segmentation can be based upon location, behavior, demographic, as well as a number of additional factors unique to an app’s user base.

Running your own A/B Tests

Although the concept of A/B testing is simple in theory, application can get tricky. To achieve the desired outcome, a systemic, six-step process needs to be followed.

This step almost goes without saying. Before embarking on an A/B test, conducting sufficient research to identify the key goals and desired outcomes, is extremely important. This might include analyzing data to see where users click off of the app or looking at reviews to examine what users think about your business.

Based on earlier research and the principles of app design, develop the variants needed to achieve the desired outcome

Once the objective has been identified and the variants have developed, the audience for the test needs to be identified. Generally, it’s recommended the test audience and variables be split into equal parts to get the most accurate results and insights.

When determining the winner of an A/B test, there are a number of factors like time spent on page, interaction with the elements on the page, that need to be considered. Ultimately, it all comes down to the variant that best works in the view of your business goals and engagement.

If there’s a clear standout among each of the variants, the next natural step is to implement it across the live version of your mobile app.

While the application may be working perfectly for the time being, new features and user trends are constantly emerging. The only way to stay ahead of the curve is to commit to continual testing on a consistent basis.

When establishing optimal practices for A/B testing, there are four key factors to take into account. The first is to constantly be prepared for surprises. Testing of this kind fundamentally measures unpredictable human behavior. The second is to always complete the full breadth of testing because preliminary results are frequently inaccurate. Next, it’s crucial never to stop testing in the middle of the process to make adjustments. Any modification may cause data to be skewed and lead to inaccurate results. Finally, it’s critical to test seasonally, as results of tests are subject to the time period they are conducted.

If a business that is developing a mobile app, is looking for long-term success, the formula is quite simple. By including A/B testing as part of routine operations, developers and owners can understand what works well and what does not. As the old saying goes, “testing leads to failure, and failure leads to understanding.”

Managers Need Remote Visibility, Which is Not The Same as Surveillance