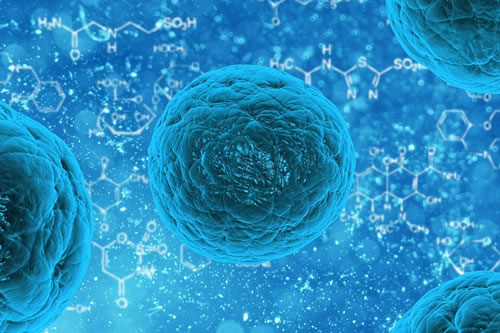 Biomimicry is a tool which can be used while seeking innovation. The concept is that nature has already solved many design problems through the process of evolution. Living things that are still extant have received bits and bytes of code in the form of genetic material and when this information interfaces with the environment, sustainable life forms emerge. Animals, plants, viruses, and bacteria adapt by engineering themselves over the billions of years that life has existed on Earth. The Biomimicry Institute provides numerous examples.

Neural networks mimic Nature’s system of a syncytium of nerves to create a mathematical system useful to solve nonlinear problems. Another example of biomimicry given by the Institute of the same name is that of the Murray effect, demonstrated in the veins of leaves and arteries of animals. Murray, an early 20th century physiologist described a formula for the radius of first and successive order branches to maximize conductance of fluid. Flow of fluid in the veins of leaves is important for transport of water, nutrition, and gases, so is an obvious object of study. Leaf venation has evolved over time in response to environmental conditions.

This is an example of the genetic code (bits & bytes) being transmitted selectively according to environmental pressure. Dicotyledon leaf venation has many closed loops which are able to carry fluid in the event of damage to other veins including, the central ones. This type of redundancy is built into retinal blood vessels and it has been postulated that it might make for better water and electricity distribution networks, too. Could such a system of reticulating, interconnected, looping pathways build redundancy which allows digital systems to be more resistant to attack? Parenthetically, stoma to various pathways could open and close (like vacuum tubes, zeros and ones, ons and offs) in response to the amount of fluid in the environment. Could we use biomimicry to make digital systems better able to respond to fluctuations in demand?

What are real world viruses?

Viruses are packets of DNA or RNA and protein. They cannot live by themselves but must invade living cells like bacteria or animal cells where they can take over those cells to reproduce. Viruses have a genetic code and can evolve just like single or multiple cell organisms can. Typically, viruses have a nucleic acid genome, a capsid, and an envelope. The capsid surrounds the DNA or RNA and is made of proteins that are, in fact, encoded by the virus’s genetic material. Some viruses have envelopes which are bits of lipid taken from the host cell when the viruses are extruded.

Although viruses have many characteristics of a living life form because they carry genetic material can replicate and undergo natural selection, they do not have a cell structure, which is been considered an import important characteristic of life. They are somewhat like a disembodied bot. Viruses are called virions and they can spread to human cells through various vectors such as blood sucking insects, the fecal-oral route, sexual contact, or airborne particles from sneezing. This is roughly analogous to a computer virus spreading through the internet or through a thumb drive or an unsuspecting host opening a malicious email. The body’s own immune response and antiviral medication are roughly analogous to cyber security.

The genetic code which animates viruses is carried on strands of DNA or RNA which carry four types of nucleic acids-guanine, cytosine, thymine, and adenosine, which give cells the instructions they need to make proteins responsible for cell function. How they do this may provide important lessons for computer scientists. Moreover, microbiologists I have much to learn from the computer lab. Computational biology may be a discrete enhancement to conventional thinking. It could be called a form of biomimicry when computer antibodies against computer viruses are induced.  Digital ants can swarm to and isolate digital threats.

What are computer viruses?

When comparing a CPU and biological virus, a computer virus, is very similar to a flu virus, and is designed to spread from host to host. The virus has the capability to replicate itself. Likewise, the same way that human viruses cannot reproduce without a host cell, computer viruses cannot reproduce and spread without programming such as a URL click, network access, or a file.

Obviously, a computer virus isn’t like the flu where it’s transmitted from computer to human and vice-versa. This kind of virus is a malicious program written to destroy, alter, compromise or steal data. Additionally, many viruses are written to spread from one computer host to another. These virus programs function by inserting or attaching themselves to a valid program or file.

Biological viruses, such as influenza are known to transform upon replication. When a virus performs this replication, it mutates itself. This behavior is very similar to the way some computer viruses work. So, while the headline states “Are Computer Viruses a Form of Biomimicry”, it could be argued yes. Especially with the advancement of military-grade malware from foreign governments using sophisticated algorithms and artificial intelligence.

On the flip side of this discussion, biomimicry does study strategies used by nature to solve technological dilemmas facing us in the current times. Could biomimicry be used for both good and evil. The answer is yes. Several universities in the United States and abroad, have been inventing ways that software will mimic biological immune systems. The software would screen a computer network for irregularities, then isolate the infectious computer virus and develop software in real time to fight it.  If you think about it, this software will create a sort of computer “antibody”.

Halt and catch fire (HCF), above and beyond referring to the movie of that same name, refers to code that will freeze a processor. This is clearly analogous to apoptosis, programmed cell death. A defect in the genetic code can prevent apoptosis (prevent HCF) and cells freed from programmed cell death become cancer cells.

Essers, in an article in CIO magazine discusses the potential convergence between computer and real-world viruses. He points out that there is already man machine symbiotes (cyborgs) such as humans with permanent pacemakers. Clearly with the advent of the internet of medical things a digital virus could have a malicious effect on a permanent pacemaker. We believe that blockchain may be an important way of establishing the provenance of an instruction sent to a permanent pacemaker or other mission-critical device. The author points out that the HIV virus suppresses the host immune response and makes the host more vulnerable to attack by other foreign invaders. This is akin to a denial of service attack. Applying the principles of biomimicry, we feel that this is analogous to a defect in a mismatch repair gene as seen in lynch type 1 and lynch type 2 hereditary nonpolyposis colon cancer and family cancer syndrome.

Biomimicry is a powerful tool for engendering innovation in computer science and it seems logical that computational biology can facilitate understanding of living organisms. It will be only a matter of time until we see the true potential of digital biomimicry.