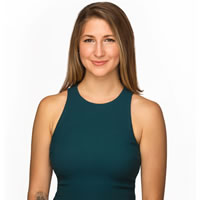 Stephanie Fine Sasse is a multi-disciplinary designer and curator whose work unites social impact, science, technology, play, and the arts. Her projects range from producing an interactive art exhibition on human bias to developing a multisensory program to teach students about the brain to creating a storytelling campaign to promote diverse representation in and of STEM fields. Trained in neuroscience and psychology at Harvard University, she has also co-published on human behavior in leading academic journals, created and taught award-winning courses on media literacy and science communication, and piloted a social platform to connect scientists with the public.

In 2017, she became a lead organizer of the March for Science (MFS) in San Francisco and Washington, DC; a movement that mobilized over one million supporters worldwide. She co-authored “Science Not Silence”, an internationally-recognized collection of science advocacy stories released by MIT Press in Spring 2018. In addition, she conceptualized and produced MFS’s SIGNS (Science in Government, Institutions & Society) Summit, which connected and trained global grassroots leaders in support of equitable, evidence-based policy.

Most recently, Stephanie founded The Plenary, Co., a nonprofit that makes current issues more accessible through immersive, social, and interactive experiences. She is currently developing a transmedia card game on the future of food and an experiential exhibition on sustainability.