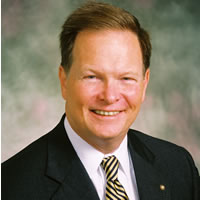 During the Graves Administration, Beyer served as the Secretary of Human Resources (Labor) for the state of Kansas. In this official capacity, he served as the chief executive for the Kansas Department of Human Resources (KDHR), an agency composed of 15 diverse lines of business and 1,000 employees strategically located in five service delivery areas throughout the state of Kansas.

His achievements at NationsBank and these predecessor banks were characteristically top- and bottom-line oriented. He has executive level experience in all facets of human resource management and distinguished himself by skillfully integrating performance-enhancing human resources strategies with the mission critical objectives of the organizations in which he has served.