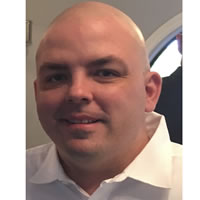 As Vice President Campus and Military Admissions, he has the honor of leading UTI’s campus and military admission teams. He is responsible for helping adult and Veterans achieve their educational and career goals. He works with adult and veteran populations to assess their interests, goals and aptitudes, and, if they are fit with UTI, assists them in applying for school, funding their education and if necessary, relocating, finding part time jobs and getting off to a strong start.

He joined UTI in 2009 and, in his second year, received the Top Leader 2010 award for his work on behalf of Veterans.

Prior to joining UTI, Decoteau spent eight years in the banking industry. He served as a branch manager and became a Certified Residential Mortgage Specialist (CRMS), a designation by the National Association of Mortgage Brokers, which less than one percent of entire industry achieve.

Decoteau also served for seven years in the U.S. Marine Corps. He entered the Marine Corps in 1994 after graduating from high school, completed boot camp at Parris Island and received training at the Logistics and Embark School. He was awarded the Marine of the Year in both 1995 and 1996, meritoriously promoted to Sergeant in just his second year with the Corps. He participated in various deployments including Operation Joint Endeavor and Operation Silver Wake. In 1999, he re-enlisted for recruiting duty, won Rookie Recruiter of the Year and meritoriously promoted to the rank of Staff Sergeant.