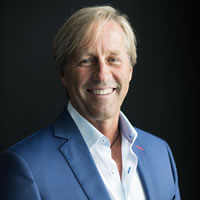 Henry Penix, is the Co-Founder and CEO of Soaak Technologies, Inc. He is a is a global entrepreneur, speaker, investor, and adviser. From humble beginnings to successful creations and exits in real estate, the service industry, and technology, he is grateful for each step in the process. He has been afforded the opportunity to develop partnerships and friendships with some of the nation’s foremost business and political leaders. He has never forgotten his humble roots and enjoys speaking into the lives of young entrepreneurs when possible.

Mr. Penix is the current recipient of: The National Blue Chip Enterprise Initiative award, SBA’s entrepreneur of the year award, Commendations from the Governor of his home state, Commendations from the Senate and House of Representatives, an Honorary Doctorate Degree in Leadership, and has held membership in the United Nations (U.S. and Europe).