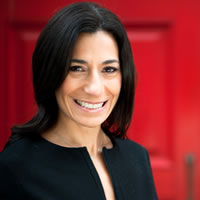 Clara Angotti is the Co-founder and President for Next Pathway, and has over 25 years of technology management experience. As President, Ms. Angotti is focused on Next Pathway’s mission of helping customers automate the end-to-end challenges their experience when migrating applications to the cloud.

From 1993 to 2000 she was the VP of Sales/Marketing for Sage Information Consultants, a technology consulting firm focused on providing services based on the Microsoft platform. After her management contract was completed with the acquiring company, Ms. Angotti co-founded M Systems Group (M) in February 2002. In 2005 M Systems Group’s success caught the attention of several multi-national firms and was acquired by Bell Canada in July 2006.

Among her accomplishments, Ms. Angotti has been a three-time finalist for the Ernst & Young Entrepreneur of the Year Award. Ms. Angotti is also a two-time recipient (2011 and 2018) of the prestigious Canada’s Most Powerful Women: Top 100™ Award by the Women’s Executive Network.

At the 2012 RBC Canadian Women Entrepreneur Awards, Ms. Angotti was awarded the prestigious PROFIT Award for Excellence in Entrepreneurship, which is awarded to an individual who has launched one or more successful companies, has a proven track record of growth and profitability, and who is a role model to other entrepreneurs.

Ms. Angotti received her Honours Bachelor of Science degree from the University of Toronto in 1988. She is active in several charities and art organizations in Toronto, and currently sits on the Board of Trustees for the Hospital for Sick Children, and the Board of Governors for Branksome Hall.