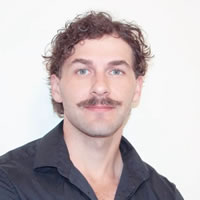 Chris Harper is the CEO of ZippedScript.

After starting his first business at the age of 17 selling customized light switch covers, Harper went on to found and exit multiple firms, including a cocktail mixer business that gained significant scale in Canada. Along the way, he picked up a patent in distributed computing, and also befriended David Alexander- two developments that would forever change his life.

Harper and Alexander went on to found ZippedScript, a first of its kind firm poised to disrupt the worlds of education and employment verification with new proprietary technology. Harper is a passionate problem-solver who loves sales and leading dynamic, ambitious teams. His mantra is “‘If it ain’t broke, don’t fix it’ is a terrible saying. If it could be better, it’s as good as broken.’”

ZippedScript verifies higher education claims instantly from any institution on the planet, leveraging nascent proprietary technology. With ZippedScript, companies get the most accurate results the industry has yet to see; results are conclusive, on time, and cheaper than ever.