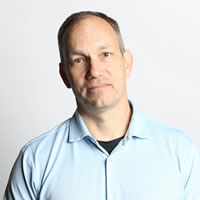 Charles Carriere is a New Orleans native who attended the University of North Carolina at Chapel Hill where he was a Morehead Scholar. He received his BA in Anthropology. After teaching for a year at the Jakarta International School, he attended the Freeman School of Business at Tulane University, earning his MBA in Finance.

Charles then joined the investment firm of Johnson Rice & Company where he worked as an analyst and institutional stockbroker. He founded Scandy and Entrescan in 2014 as a “side-hustle” and left Johnson Rice in 2017 to work more closely with the companies he started.

Charles is married and has four children.