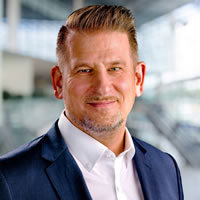 Alistair Fulton is the Vice President and General Manager of Semtech’s Wireless and Sensing Products Group. He joined Semtech in 2018 with over 25 years of experience in the Internet of Things (IoT), connected devices, machine to machine (M2M)/embedded, and analytics spaces.

Before joining Semtech, Mr. Fulton led the development of Hitachi’s Lumada Industrial IoT Platform, the leading “visionary” IIoT platform in Gartner’s 2018 magic quadrant. Prior to Hitachi, he led Microsoft’s IoT initiative, including the development and incubation of Microsoft’s v1.0 IoT platform (the precursor to the v3.0 Azure IoT platform). Mr. Fulton earned a B.A. in Economics and Law from the University of Liverpool.