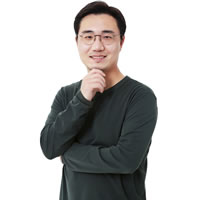 Jinhan Kim is the Co-Founder, Chairman, and CEO of Standigm, and is an expert in developing AI platforms to identify new drug candidates and has led the company since its inception in May 2015.

Before founding Standigm, Kim worked as a Senior Research Scientist at the Samsung Advanced Institute of Technology, where he developed an AI algorithm for DNA damage and recovery mechanisms. He previously worked as a software developer for NCSOFT and for Namo Interactive. He also served as the Director of Drug Informatics at the Korean Society of Medical Informatics from January 2017-January 2020.