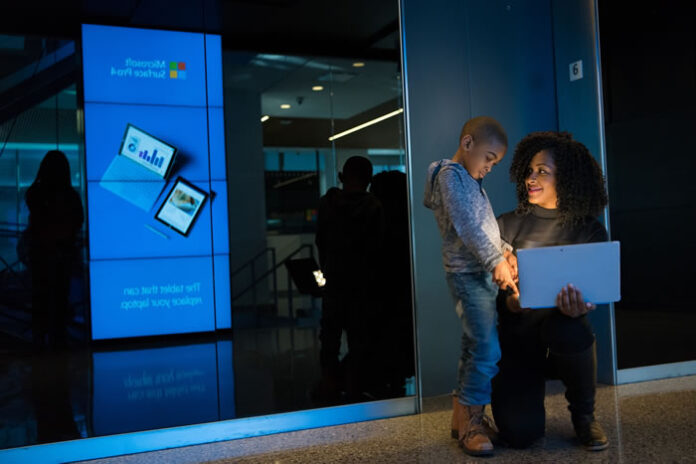 The answer should be a resounding yes!  There are now more mobile connected devices in the world than there are people.  More than 4.5 billion people now use the internet, and social media users exceed 3.8 billion,  mobile connects  71% of the world population.  300 million new users came online in 2020, the majority from emerging economies.

This provides a unique opportunity to reach people who have hitherto been on the fringes of the economic system. In particular, for illiterate people, many of whom are women, voice-based input is a game changer.  UNESCO  found that a voice based interface is an effective tool to reach low literate and low-skilled technology users. It allows an illiterate  user to use a voice command to search the internet, a website, or an app, and  voiced-based search has increased rapidly in  developing countries and could be used to reach disadvantaged, marginalized and hard to reach parts of the population.

Podcasts are also growing rapidly. There are now over 800,000 active podcasts with over 54 million podcast episodes currently available worldwide.   Reuters Digital News Report, survey of 20 countries, found a third use podcasts regularly. Podcast listeners tend to be younger and mainly listen mobile phones. They value the convenience,  self-scheduling and a wider range of opinions and voices  more interesting to  a younger generation. Pod casts now represent 41% of online content consumed in emerging economies and there are tremendous opportunities for growth especially with low-cost mobile devices.  Google has realised this and can recognize up to 119 languages.  Google is adding languages from developing countries to access the 781 million adults who can’t read or write. By just speaking into a cheap phone, they can now do basic things like sign up for social services, or get a mobile wallet.

In India, approximately 200 million women are illiterate.  Anecdotal evidence suggests that  voice memo and image-sharing apps are empowering many illiterate  women to access information, build networks, and participate in markets and makes  it easier to connect, communicate, and run businesses. The roll out of 4G to India’s hundreds of millions of illiterate people is  predicted to be a gamechanger for the economy.  This will allow marginalized people to become active consumers of products, media, and financial products.

Tata Communications  has partnered with Trickle Up in Odisha and Jharkhand, to provide 1,800 women living in extreme poverty with mobile phones loaded with a livelihood coaching application. This has led to an increase in their annual income, but also gave the government and other providers a clearer idea of the day-to-day needs of their families.

Pundits in Africa  are predicting a wave of newcomers, the so-called “next billion,” using voice activation and communicating with images. They are coming online for the first time with low-end smartphones and cheap data plans. Media Matters for Women  uses technology to connect with some of the world’s toughest-to-reach communities in Democratic Republic of Congo and Sierra Leone, using  podcasting technology and mobile phones to deliver news and information to women and girls in a way that taps into the continent’s culture of sharing music. Common topics include gender-based violence, teen pregnancy, participatory democracy, and income generation, which then inspire discussions and help empower listeners to get involved.   Another initiative to connect and empower women, from  African media innovator Irene Kiwia  is TWAA, a knowledge sharing and  mentoring platform for women and girls. Her ambition is a world that is inclusive of women and girls ’s social, political, economic and cultural participation at all levels. It is an AI platform, which in Beta testing reached 10,000 users in 8 countries over 12 months.

Girl Effect uses media and mobile tech to empower girls to change their lives. Girl Effect combines both online and offline platforms to build brands youth want to engage with. Utilizing mobile technologies, Girl Effect helps girls find things out, talk to others and express themselves. It is a movement focused on education, sexual health and violence, challenging set perceptions and showcasing female role models, whilst also offering new skills and advice.  Girl Effect digitally connects marginalized and vulnerable girls to online content designed to equip them with the knowledge, confidence and connections they need to navigate adolescence. It has 12.7 million unique users with nearly 1 million monthly on average in more than 50 countries and 13 languages and with in-depth content and advanced features in South Africa, Nigeria, Philippines and Indonesia.

Global entrepreneurs are also developing platforms to empower women.  Anu Bhadwaj is developing SHEQONOMI a female focused global digital media platform powering inclusion through mobile apps where content creation, listening, and sharing is rewarded through gift cards and in the near future, digital currency.  She is leveraging Women Investing in Women Digital  a global media  with a newsfeed in Facebook with over 1 million followers This will be the first female focused podcast App targeting over two billion women  through  partnership with KaIOS a new mobile operating system that brings Wi-Fi, GPS,  apps to phones that are affordable and easy to use.

At the same time, the digital space has also become the new battleground where attitudes that shape social norms about regressive gender roles are now being fought.  In Indonesia digital savvy religious conservatives with huge online followings (collectively over 50 million followers in urban and rural populations) often target young women with campaigns that limit the role of female autonomy and role in public life (early marriage, polygamy etc.). In Poland and the Philippines disinformation is being used online to exclude women from public life. Online spaces are being systematically weaponized to exclude women leaders and to undermine the role of women in public life.

Investing in Women, an Australian government funded program in Indonesia, Vietnam, Myanmar and Philippines is using a Digital Partnerships initiative to advocate for gender equality reforms and empower girls for the future of work. Working with local advocacy organizations in 3 countries in Asia they have reached 18.62 million people in 10 months (urban millennials, employers and employees, students, teachers, parents, factory workers). Messages were delivered on trusted channels they trusted and delivered by familiar voices.

Change and progress is evident

These examples clearly show that technology is a tool and can be used with intentionality to empower poor women and improve social inclusion.  It can connect them to the economy, enable them to access social services, improve their businesses, and can enable women to recapture the digital space through leveraging digital influencers, faith-based groups, politicians, and marketing strategies to run targeted advocacy and social media campaigns that amplify the voice of women. The impact that can be gained through digital communities is only going to grow. Digital technology can influence the attitudes around women and girls, through CSOs  and other credible   female religious leaders, politicians, teachers and professors and leverage their  networks.

Social media has also played a huge part in giving a voice to women in countries that traditionally don’t allow them opportunities to speak out. Women especially those that live in isolated rural areas can access social media to connect them to information and access the economic system. Voice activation for reach is key.  For those impacted by digital exclusion and poor literacy levels,  voice activation could have a profound impact. Technology can be a powerful enabler to empower women and improve social inclusion and improve the lives of poor women across the world. 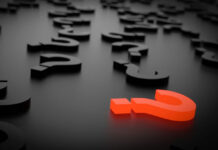 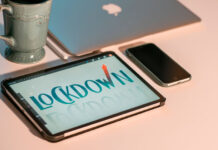 When Plans Change: Lessons for Business Leaders from the Pandemic 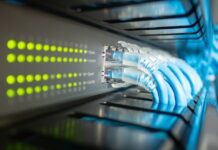 Advantages and Disadvantages of Ethernet

How to Be Your Most Productive You