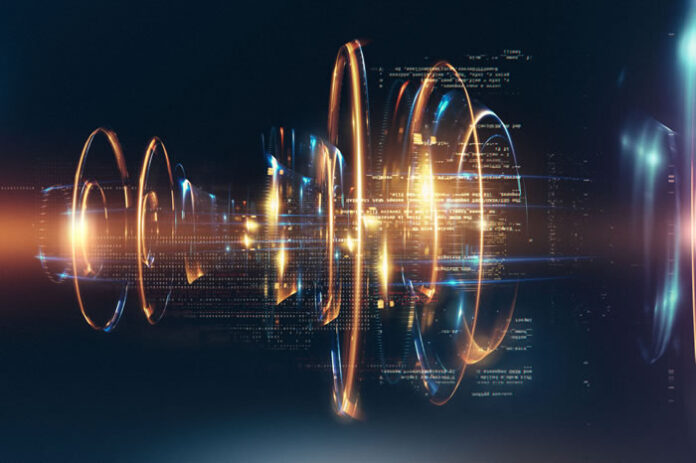 Throughout history we have experienced four industrial revolutions that profoundly reshaped the way we lived, worked, and educated future generations. We progressively advanced from mechanization, to electrification, automation, globalization, and digitalization. These were all possible due to the design, development and deployment of novel technologies which had transformative impact during each of those eras such as steam engines, electricity, combustion engines, computers, internet and more recently robotics, AI, IoT, blockchain, nanotechnology, 3D printing, bio-implants, genomics, virtual reality, augmented reality, extends reality, etc.

So which technology will cause the next major disruption and drive the onset of the 5th industrial revolution? 6G, internet 3.0, the metaverse and quantum computing are all excellent candidates on their own, however there is a strong argument to be made that their combined effect could have the highest disruptive power and accelerate the onset of the 5th or even 6th industrial revolution.

Within a relatively short time period we have enjoyed the benefits of 1G to use the first cell phones, 2G to send text messages, 3G to surf the web and 4G to offer the speeds of today. We are currently in the midst of deploying 5G worldwide which uses high frequency millimeter wavelengths and will allow us incredible speeds, low latency and greater bandwidth. However, several companies and research institutes are already devoting themselves to the development of future mobile networks that will offer more bandwidth and less latency than 5G networks. The umbrella term used currently is 6G and is expected to support data rates of up to one terabyte per second, however further refinement will likely occur to describe topology or configuration-based subtypes.

This novel internet generation will be powered by advanced artificial and augmented intelligence tools in order to provide more personalized relevant information at a faster rate. It will also allow a deeper sophisticated understanding of all the links and transactions between all users and is therefore called the “the semantic web”

The Metaverse is defined as the convergence of all virtual shared space which includes virtual reality, augmented reality, extended reality, 3D and the internet.

Quantum Computing is focused on principles quantum theory and leverages features such as superposition and entanglement that allow operations to occur at exponential speeds. The major benefits of quantum can spur advances in science, development of novel materials and state of matter, as well as never before attained algorithmic and computational power. Once we can achieve a large-scale adoption of quantum at a global level it is expected that we will solve many existing science and engineering problems that have intrigues us for decades. Therefore, many futurist scientists estimate that quantum computing will be the most disruptive and transformative technology over the next decades.

The convergence of all these technologies can significantly accelerate the onset of the 5th industrial revolution and change the paradigm for many industries such as aerospace, energy and power, life-sciences to only name a few. Combining quantum computing and 6G will give rise to the quantum internet which is expected by many experts to change the paradigm for our scientific and business endeavors.

Furthermore, we could augment the potential of converging technologies with an exponential thinking mindset. This concept is based on the mathematical concept of exponential versus linear growth, accelerated returns and Moore’s Law. It allows us to aim for goals that seem unfathomable at first impression and set stretch-goals.

If deployed mindfully, the combined effect of all technologies can positively impact our environment, global health, redesign our educational systems, as well as provide us with an unprecedented understanding and access to space.

The pace of legal and regulatory frameworks has always been slower than technological advances and for quantum computing, 6G, internet 3.0 and the metaverse we can anticipate even more complex challenges.

As with all technologies cybersecurity concerns remain of paramount importance and we will have to engage global stakeholders to collaborate in designing robust cyber-defense systems that are suitable for the next industrial revolution.

If we could truly master taking a quantum leap in this era, we could envision a future Quantum-Powered Global Ecosystem that could redefine our society, our culture, science, the economy, and our ability to interact with our environment.

Quantum is the New Black of the Digital Era