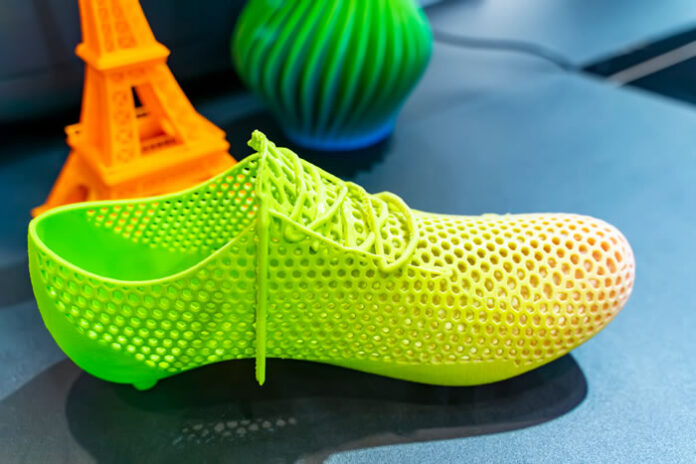 Bill Gates was clear in his vision right from Microsoft’s infancy in the 1970s. His plan to put “a computer on every desk and in every home,” seemed almost farcical half a century ago.

The public had heard of computers; that wasn’t the obstacle. The thing that stood in Gates’ way was that people didn’t know what computers could do for them. They thought: What would I need it for?

Ken Olsen, founder of the Digital Equipment Corporation, shared Gates’ aspirations for the growth of their industry. But even he couldn’t see the practical value of computers for consumers: In 1977 he said  “there is no reason an individual would ever want a computer.”

As we all know, Bill Gates’ dream became a reality, and the power of computation has become central to most of humanity’s most important endeavors. 3D printing in 2021 sits at a similar place in the public consciousness as the computer did in the 1970s. Almost everyone is familiar with the concept, but in the same way as the early computer, the natural question for the consumer is: What can I use it for?

Few will remember the words of those skeptics in the years to come, as 3D printers become a staple in our homes, serving purposes we can barely yet imagine. Soon we will wonder how we ever lived without our own 3D printer.

The Story So Far

3D printing came to the attention of large swathes of the public around a decade ago, and in alarming fashion. Cody Wilson, a 24-year-old second-year law student at the University of Texas, began to develop a firearm that could be produced solely by 3D printing. While the United States Department of State took action to prevent widespread adoption, many people’s minds were already made up.

The technology itself, however, has taken little note of that public perception. 3D printing has continued unabated in its development, growing in value in technologically advanced industries.

In fact, it has little left to prove in the industrial context. Aerospace production lines have benefited from 3D printing’s ability to produce custom parts. In the global struggle against the Covid-19 pandemic it has been utilized to produce PPE and diagnostic tools like swabs, ventilator devices, splitters and 3D printing lung models.

At the level of individual consumers using 3D printing at home, most are either dedicated techies or enthusiasts from the maker community. The recent Gamestock saga showed them to be ahead of the game. Those early adopters produced 3D printed Reddit and Robinhood logos, which became emblems of the battle with hedge fund hegemony.

3D printers are finding their place in the garage and living room. Demand from individual consumers appears to have reached a tipping point. That was confirmed to our team at Hangar when we recently started a Kickstarter campaign for the Plybot 3D printer. Within 12 hours it trended as  the #1 technology project on Kickstarter.

The technology can solve an almost endless number of pains. Imagine the convenience of printing the car part you need, or a fitting for your home’s plumbing or electrics. Imagine how transportation costs, both economic and environmental for all kinds of products could be circumvented.

Aside from the practical utility of 3D printers, the sentimental value of what you can produce is also without limit. Users can conceptualize, design and print entirely original gifts for their family members, fiancees or friends. A piece of jewellery designed and created by the hands and mind of the bestower, is sure to find its way straight to the recipient’s heart.

There’s another use of 3D printing, which in this author’s opinion should be universally celebrated. Excitingly, 3D printers are now able to print chocolate. Los Angeles-based digital bakery Sugar Lab launched a new line of 3D printed chocolate truffles and bonbons for Valentine’s day this year. Many more sweet-toothed techies will no doubt soon be following suit.

In fact, it is now possible to even build a house using 3D printing:  A demo house in Calverton, New York, was constructed scan by scan, with walls made using a giant three-dimensional printer. So before setting up a 3D printer at home, early adopters can have that home built by a 3D printer.

The technology is already being used in revolutionary ways across a spread of futuristic industries. Now it will grow to become a common feature of many homes. The early adopters are ahead of the curve and there is a use for everyone. In a matter of years, we will consider it rather quaint that we ever asked what a 3D printer could do for us.

What the Future of 3D Printing Holds